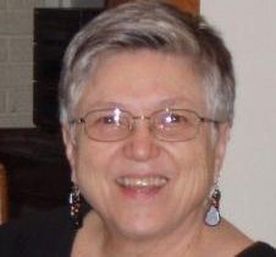 “I never paint dreams or nightmares. I paint my own reality.”
- Frida Kahlo

I am disabled and proud. I have a doctorate and two daughters. I live in a nice condo with my partner. I’m retired and volunteer regularly in my community. People come to me for help. I rarely worry anymore about others’ attitudes toward my impairment; they’ve probably got it wrong anyway.

Some might say I’ve overcome my disability. But that implies that having had polio is the cause of all my problems, which is far from the truth. I can say that I have overcome a personal history of internalized shame about my body, beginning with my parents who, so deeply rooted in their religious views, believed me to be a child and a martyr for God well into my twenties. In fact, I have overcome a great number of bigoted attitudes that conflated my polio with who I am on every level and what I may or may not be capable of. Like many people, I have overcome prejudice.

Truly, we live in a world with a vast array of wrong-headed ideas about each other and often experience our lives in isolation. It was not until I found community through the Independent Living Movement here in the United States that I learned how to survive and even thrive in a prejudiced world. Deborah Cunningham, also a polio survivor, helped me begin to see that having a disability did not make me a second class citizen, someone with little or no value to society.

In fact, given the right resources, I contribute in meaningful ways wherever I go.

My story is not unlike others. People with disabilities still commonly face a vastly prejudiced world of negative attitudes, low expectations, and lack of opportunities. Sure, the status quo today has to some degree embraced the idea that people with disabilities are, at the very least, people too, and therefore deserve the same human rights as non-disabled people. In practice, this understanding is far less apparent. It is also important to note that people with disabilities are not entirely without power to love themselves and thrive and many overcome much of the prejudice they experience throughout their lives. But I find myself looking back on my childhood and asking, what power did I alone have to change the institutions and community services that every citizen of Norway utilized to be less prejudiced? I was just a kid and I was up against a lot.

While the medical treatment I received growing up was free of charge in a country that had socialized medicine, the way I was treated was not any better than anywhere else. Medical intervention in cases like mine was based on correcting the “form” more than on strengthening the “function” of my affected leg. Doctors believed that I must look like other children; they were not as concerned with helping me function to my greatest capacity. In the end, many of the hospital stays and operations I underwent reduced rather than improved my ability to walk.

Because I had to walk to school and could not walk far enough, I attended elementary school at my grade level for only one out of seven years. Administrators thought it reasonable in my case to break the rules about compulsory attendance, letting me stay home from school for years. When I was able to attend school, teachers tended to ignore me and left me out of class activities such as field trips to go ice skating on the frozen fjords or planting trees on the steep slopes of local mountains. They even left me out of the community children’s parades on the seventeenth of May, the Norwegian Independence day.

Nearly every building I entered had stairs both in front and inside, often without handrails. Elevators did not exist in the places where I lived. The steps were extra high when entering buses and trains and extra treacherous when entering boats which were a frequent mode of transportation in the island community where I lived for most of my childhood. Incredibly, in retrospect, I habitually saw my mobility problems in these situations as my personal shameful issues.

I now see that I grew up in a world where institutionalized ableism was rampant if not ubiquitous. With no alternate world view available, I totally accepted and internalized as a fact the idea that because I had a visible disability, I was an inferior human being. I had a personal problem that was shameful and degrading in the eyes of the world, including my family. My only source of “worthiness” came from an extremely fundamentalist version of Lutheranism that my parents fervently adhered to. When I finally took charge of my life and started defining myself as a women and an independent human being, it is perhaps little wonder that I fled across the Atlantic Ocean from Norway to the United States and only then began the process of radically redefining my sense of self worth.

My parents are gone now and I was never fully able to explain to them how my world changed when I left them behind. I still struggle to have meaningful conversations with my twin sister, who developed grand mal seizures a couple of years after I got polio, about the role disability played in both our lives as children. In time, I have come to see my disability as a part of me. I refuse to be shamed, and am working hard not to carry the negative thinking and internalized ableism of my past into tomorrow. But what I cannot abide, is the fact that still today, having overcome so much prejudice, I am no less at risk of being denied basic rights, opportunities, and accommodations by private and public institutions alike that refuse to include me because of my disability.

After I broke away from my family’s view of disability, I started seeing that I had the power to make a difference for others. I founded two independent living centers, and I helped develop a historical and cultural approach to understanding disability within the Society for Disability Studies. While I am proud of these accomplishments, I finally understand that throughout history prejudice toward people with disabilities has gotten its greatest power not through individual acts of meanness, but rather through the institutions we all rely on to live productive and quality lives. Our institutions are founded on traditions, and they have more power over our lives than we are apt to acknowledge. That power is maintained through a belief that nothing can be done to change it that isn’t already being done. Well that’s just not true.

A decade and a half ago, I sued my university under the Americans with Disabilities Act after suffering repeated violations against my worker’s rights and a string of harassment concerning my ability to teach at the college level. What the university didn’t like was my advocacy stance, both in terms of accessibility and in terms of bringing disability studies into mainstream academia. Incredibly, I was asked to return to this same institution fifteen years later to lead a workshop that would prepare faculty members to launch a disability studies minor program within the school’s curricular offerings. I know from this experience that ending ableism is possible; now I want to help make it doable.

I have overcome a lot of prejudice in my life. I am disabled and proud. And I understand that I am part of something larger and more powerful than my own ambitions and happiness. I myself am part of an ableist system that oppresses people with disabilities including myself every day. Only by stripping our institutions of prejudice and rebuilding from the foundation up with equity and justice, can we truly dismantle a vast system of ableism that has for centuries and through lifetimes oppressed people with disabilities and continues to weigh heavily on our shared humanity. Having experienced institutionalized ableism repeatedly as an oppressive force in my own life, I simply must speak up and share.